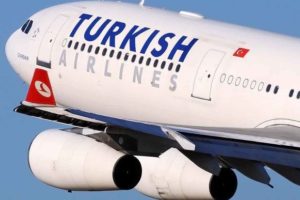 Turkish Airlines ceased regular flights from Istanbul to Stavropol due to low traffic, congestion and competition with major Russian airlines. The decision takes into force since March 15.

“In August 2017, the vice-president of the airline came to see us, after we left for Mineralnye Vody, Krasnodar and Rostov-on-Don. As a result, we received a message from the airline about the termination of flights from Istanbul to Stavropol and back from March 15, 2018”, said the general director of JSC International Airport Stavropol, Nikolai Apalkov

According to him, the airport provided Turkish Airlines preferential terms of service. The authorities note that the termination of air communication with Turkey will not affect the passenger traffic.

“Taking into account the plans to open new directions, I think that we will not even feel the cancellation of these flights from the point of view of passenger traffic”, said the Minister of Roads and Transport of the region, Roman Petrashov.

According to the authorities, in 2017 about 15,000 passengers were transported from Istanbul to Stavropol and back, which is slightly more than 4% of the total passenger traffic. The airline decided to concentrate its attention in the South of Russia and go to the Krasnodar airport.