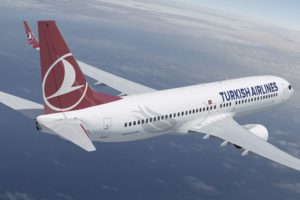 Turkish Airlines is considering the possibility of domestic flights within Russia during the World Cup, which will be held in Russia in the summer of 2018. This was stated by the head of the company’s representative office in Russia, Mefail Deribash, during the NAIS-2018 Civil Aviation Infrastructure Forum.

“Yes, we are working on this. We are exploring the possibilities of our fleet, whether we will be able to carry out such transportation”, said Mefail Deribash in response to the relevant question. According to hom, the decision will be made within a month and a half.

On January 11, Russian Transport Minister Maksim Sokolov told reporters that the Transport Ministry would allow foreign airlines to carry out passenger transportation within Russia during the World Cup in 2018.

The head of the Federal Air Transport Agency Alexander Neradko said that foreign airlines have not yet filed corresponding applications.