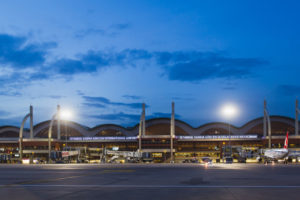 Turkey’s national air carrier, Turkish Airlines, has offered 865 million USD to buy a majority stake in Istanbul’s second largest airport, Sabiha Gokcen. The airline is ready to give the serious amount to acquire 80% of the international airport by the current owner – Malaysia Airports Holdings.

The airport, located in the Asian part of Istanbul, is the second busiest in Turkey, according to official data, it has served over 31 million passengers in 2017.

Turkish Airlines is the largest air carrier in the country and one of the largest in the world. It flies to 302 destinations in 120 countries on 5 continents – something that no other airline boasts. The carrier has already used Sabiha Gokcen as one of its bases.

If the deal is completed, it will mark a change in the strategy of the Malaysian company. The Executive Director, Datuk Mohd Badlisham bin Ghazali, said in March that the company is looking for partners to buy a minority stake and 10 potential candidates have shown interest.

Malaysia Airports was part of a consortium winning the contract for operations of the airport in 2007, worth 2.2 billion USD. In 2013, it agreed to increase its stake in the airport to 60% by acquiring a 40% share of its Indian GMR Infrastructure partner for 258 million USD. Malaysia
Airports have bought the remaining 40% of Turkish Limak Holding in 2014 for 327 million USD.