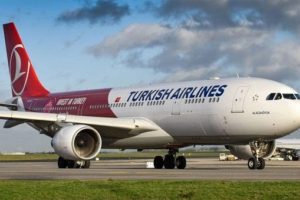 Turkish Airlines refused to participate in the global airline audit conducted by Skytrax and since June 8, 2018 will take into account only direct passenger reviews, including those serviced at Istanbul’s new airport, which will open on October 29, 2018.

“The Turkish national airline is doing everything possible to satisfy the demands of its passengers. The experience and valuable information received by Turkish Airlines through the participation in the ratings of airlines will help to further improve the quality of the services provided”, says the statement of Turkish Airlines.

Turkish Airlines is the national flag carrier airline of Turkey. As of 2017, it operates scheduled services to 302 destinations in Europe, Asia, Africa, and the Americas, making it the largest carrier in the world by number of destinations (excluding regional brands). It serves more destinations non-stop from a single airport than any other airline in Europe. Turkish Airlines flies to 120 countries, more than any other airline. With an operational fleet of 15 cargo aircraft, the airline’s cargo division serves 73 destinations.