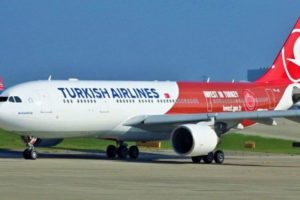 Turkish Airlines was awarded as the best airline in Europe at the Business Traveler. The award ceremony was held on November 15, 2018 in Moscow.

The Business Traveler Russia and CIS Awards is awarded annually for achievements and innovations in the field of business tourism. In Russia, the award is held with the support of the Moscow government. Traditionally winners are chosen by readers of the magazine and business travelers. The award was established in 2016 and defines the leaders of the business travel industry in 39 different categories.

The route network of the airline has 304 destinations in 122 countries – more than any other airline in the world. Turkish Airlines operates flights from 10 cities of Russia (Moscow, St. Petersburg, Kazan, Sochi, Rostov-on-Don, Yekaterinburg, Krasnodar, Ufa, Voronezh and Samara), and convenient transfer in Istanbul offers Russian passengers the most comfortable conditions for traveling to anywhere in the world.