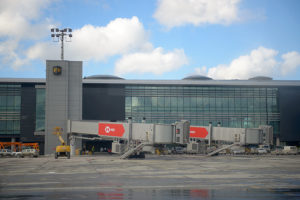 The Turkish authorities have decided to introduce from January 1st, 2019 a new security charge of 1.50 EUR and 1 EUR at some airports in the country. This measure will affect passengers arriving from abroad.

In the previously circulated General Directorate of Airports of Turkey, it was said that it intends to introduce a fee of 3 EUR per passenger. However, after negotiations held between Minister of Culture and Tourism Mehmet Ersoy and Minister of Transport and Infrastructure Mehmet Cahit Turhan, it was decided to impose a tax of 1.50 EUR and 1 EUR at various airports in Turkey.

It is also noted that only those airports that are served by the General Directorate of Turkish Airports have fallen under this decision of the authorities. The airports of such tourist destinations as Antalya, Alanya, Istanbul, Izmir and Ankara will not be subject to additional passenger fees, as they serve as the leading operator of airports in Turkey and the world, TAV.