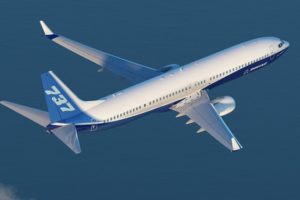 The American corporation Boeing and the Turkish company Uzay Sanayii signed an agreement on the production of height rudders for Boeing 737 MAX aircraft. Turkey has been cooperating with Boeing Corporation for many years. Uzay Sanayii plans to begin production of structural parts of aircraft.

“We expect that TAI will expand its activities in Europe and the US and become a global player in the aviation industry”, said the head of the Turkish Defense Industry Secretariat, Ismail Demir.

The head of Boeing International Marc Allen defined Turkey as strategic partner of the corporation. Boeing intends to bring cooperation with Turkey to a new level. According to him, the corporation intends to contribute to the development of the aviation industry in Turkey in accordance with the goals of the country until 2023.

The Boeing 737 MAX is an American narrow-body aircraft series designed and produced by Boeing Commercial Airplanes as the fourth generation of the Boeing 737, succeeding the Boeing 737 Next Generation.