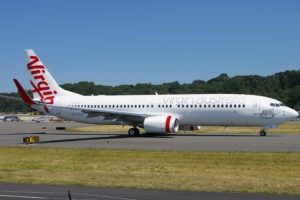 Virgin Australia aircraft Boeing 737 encountered severe turbulence when descending towards Adelaide, which caused injury of two flight attendants. The aircraft was performing domestic flight between Melbourne and Adelaide, but at the approach entered into a area with turbulence. The people were not secured during the approaching to the Australian airport and were through to the ceiling and back on the floor. One of the injured flight attendants has broken leg, while the other one has head injuries. Both cabin crew were transfered to the local hospital for medical treatment.

Virgin Australia aircraft Boeing 737 continued to Adelaide for safe landing on runway 23. There were no other reported injuries during the accident.

The local authorities were informed about the accident and initiated investigation for the root cause.The aircraft remained on the ground for 22 hours due to safety inspection. After that was released to return in service.