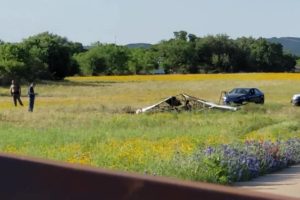 Two people are dead after aircraft Rans S-7 Courier crashed in Central Texas. The plane impacted with the terrain at the Shirley Williams Airport and was completed damaged by the subsequent fire. The accident was reported to the local authorities and at the scene were sent rescue teams. Unfortunately, they were not able to save the lives of the two people on board. The fire was extinguished and found the plane was completely damaged.

The circumstances around the crash are unclear. National Transportation Safety Board officials said they were investigating the crash of an experimental Rans S-7 Courier aircraft.

The Rans S-7 Courier is an American single-engined, tractor configuration, two-seats in tandem, high-wing monoplane designed by Randy Schlitter and manufactured by Rans Inc. The Courier is available in kit form for amateur construction or as a completed light-sport aircraft.