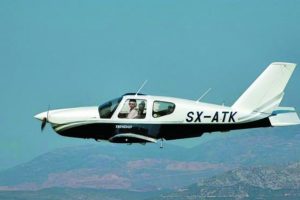 The gendarmerie of air transport is engaged in the investigation of the incident. Firefighters were also sent at the scene. Local authorities initiated investigation for the root cause of the accident. According to information gathered on the spot, the plane, a Socata TB20 Trinidad, crashed at sea before sinking.

The Socata TB20 Trinidad crashed on takeoff. On board of the aircraft were a student and an instructor.

The Socata TB is a series of light single engine piston aircraft developed and manufactured by French aircraft company SOCATA. The letters TB within the designation stands for Tarbes, the French city where the aircraft is manufactured. The TB series planes have come to be known as the “Caribbean Planes”, due to the island naming convention adopted for the various models, though they are not often seen flown in that region.