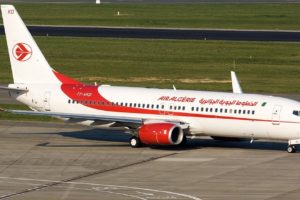 Two pilots of the Algerian airline Air Algerie were suspended from work after allowing a child to navigate their airplane. The incident occurred during the domestic flight in Algeria. The boy, whose identity is not specified, was allowed to sit on the captain’s seat and for some time to fly the plane under the guidance of the pilots. Before the flight the pilots arranged a tour for the 10-year-old child on the liner.

For the boy organized such entertainment in the framework of the project to support orphans. It is known that the young Algerian himself dreams of becoming a pilot.

One of the pilots Air Algerie confirmed to reporters that he and his colleague allowed the child to fly the plane. This is a serious violation of the rules of civil aviation. As a result, the men were suspended from work while the investigation was being conducted. Whether they are threatened with criminal prosecution is unknown.

Air Algerie is the national airline of Algeria with its head office in the Immeuble El-Djazair in Algiers. With flights operating from Houari Boumedienne Airport, Air Algérie operates scheduled international services to 39 destinations in 28 countries in Europe, North America, Africa, Asia, and the Middle East, as well as domestic services to 32 airports. The airline is a member of the International Air Transport Association, the Arab Air Carriers Organization, and of the African Airlines Association (AFRAA) since 1968.