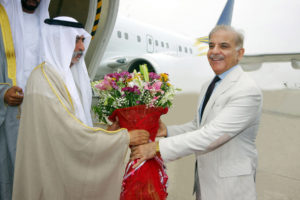 The Minister of Tolerance of the United Arab Emirates, Sheikh Nahyan bin Mubarak Al Nahyan, intends to double the amount of investment in Georgia and build a cargo airport. He revealed his intentions during the forum “Silk Road”, which was held in Georgia for the second time. At the event, the representatives of the participating countries of the project, international organizations and the private sector discussed prospects for deepening cooperation in the areas of international and regional trade.

“In the next two years I intend to double the investments in the country, so express my confidence to the Georgian authorities. Georgia is a developed country and this is seen in economic growth, so we will continue investing in the future. I personally plan to build a port and a cargo airport”, said Sheikh Nahyan bin Mubarak Al Nahyan.

As explained by the Minister of Economy and Sustainable Development of Georgia, Dimitry Kumsishvili, it is a question of building a cargo airport near Tbilisi.

“Sheikh Al Nahyan is interested in the construction of a cargo, rather than a passenger airport, near Tbilisi”, said Dimitry Kumsishvili.

Earlier, representatives of Saudi Arabia’s Al-Bawani Group visited Georgia to get acquainted with the country’s investment potential and expressed a desire to invest in the country.