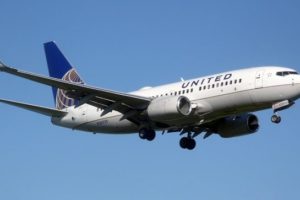 United Airlines Boeing 737-800 impacted the jet bridge during a ground maneuver at Buffalo Niagara International Airport in New York, USA. The aircraft was pushed back from the terminal when its nose impacted with the jet bridge and suffered some damages. None of the 158 passengers on board was injured during the accident.

Officials said United Airlines flight No 1442 was set for departure, and while pushing out, the nose of the plane hit jet bridge No. 9. The jet bridge, or jetway, is the walkway that connects the terminal with airplanes. More details about the damages of the aircraft were not disclosed, but all the passengers were rebooked for another replacement aircraft.

Strong winds were likely to be a factor in the aircraft accident.