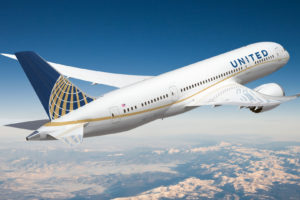 US company United Airlines again found itself in the center of the scandal after it sold baby’s seat to a standby passenger. United blames a mistake at check-in that caused it to give the boy’s seat to a man on standby, but this caused pretty unpleasant flight for the woman and her son. The plane was overbooked, which additionally worsen the situation.

The teacher Shirley Yamauchi, flying from Honolulu to Boston via Houston with a two-year-old son, paid two seats on a United Airlines plane – for herself and her baby. At the same time, the ticket for the child, she said, cost almost the same amount as her ticket – almost 1,000 USD. From Honolulu to Houston they flew normally, and in Houston at the place occupied by the child, the airline seated another passenger, who had a regular ticket. The flight attendant, who was called by Mrs Yamauchi, said that the aircraft was filled to capacity and that there was nowhere to put the passenger on board.

The woman was forced to take her son in her arms and keep him all three and a half hours flight to Boston. She did not make a scandal before take-off, remembering the numerous incidents involving United Airlines in recent months, and fearing that something like this could happen to her.

So, in April, from one of the airline’s flights due to overbooking, one of the passengers was removed by forces from the plane, being beaten by the airport police officers. United Airlines has apologized to Ms Yamauchi and her son. According to the representatives of the airline, at the front desk in Houston, they simply incorrectly scanned the passenger ticket and the system showed that the place next to it is free. The company promised to return the cost of the child’s ticket to the woman and provide a voucher for the flight, and also undertook to conduct explanatory work with its employees in case of similar situations in the future.