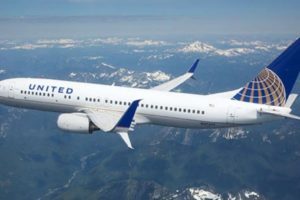 United Airlines plans to launch a direct flight between Cape Town in South Africa and New York’s Newark Liberty International Airport. The new flight is expected to be opened by December and would take some 16 hours. The carrier would offer thrice-weekly service with a 252-seat Boeing 787-9 Dreamliner.

“We are always looking at ways to expand our industry-leading international route network to offer our customers more convenient options”, said Patrick Quayle, vice-president of the international network at Chicago-based United. “We’re thrilled to announce the addition of Africa to our global route offering”, added he.

The direct route to Cape Town is still subject to some government approvals.

The flights would be United’s first to the African continent.

At present travel time from Cape Town to New York can be more than 46 hours (for cheap flights with two stops in Europe), but the new service will decrease the length almost three times.

United Airlines is a major American airline headquartered in Chicago, Illinois. United operates a large domestic and international route network, with an extensive presence in the Asia-Pacific region. The airline is a founding member of the Star Alliance, the world’s largest airline alliance with a total of 28 member airlines. Regional service is operated by independent carriers under the brand name United Express. United operates a fleet of 779 aircraft and operates hubs in American cities from San Francisco to Washington DC.