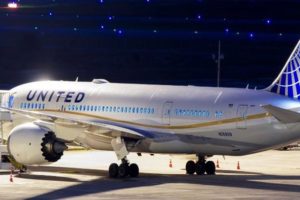 United Airlines reported an increase in earnings per share by 36% in the third quarter of 2018, to 3.06 USD per share. The adjusted net profit of the company amounted to 837 million USD. In general, the quarter and summer season turned out to be extremely successful for the company, as United Airlines carried the largest number of passengers this summer.

In view of the positive results, United Airlines raised its forecast for annual earnings per share. The previously planned range was 7.25-8.75 USD. Now it has been upgraded to 8.00-8.75 USD, which significantly exceeds market expectations of 8.16 USD.

In addition, the company plans to recoup a 90% increase in fuel costs this year at 2.5 billion USD. As noted by United Airlines, the cost of fuel only in this quarter increased by 35%.

According to market experts, the third quarter is traditionally the strongest for most airlines in the Northern Hemisphere. Business traffic remains steady, while the number of traveling passengers is increasing significantly.

By 2020, United promises to the investors earnings of 11-13 USD per share. This was one of the main reasons for the growth of the parent stock for United Airlines, United Continental Holdings. The investors responded to positive reports on Wednesday morning with purchases of securities, which led to an increase in stock price by more than 8%. The consensus forecast of analysts suggests a growth potential of these shares of more than 15%, with the recommendation of experts to buy.

United Airlines is a major United States airline headquartered in Chicago, Illinois. It is the world’s third-largest airline when measured by revenue, after American Airlines and Delta Air Lines. United Airlines operates a large domestic and international route network, with an extensive presence in the Asia-Pacific region. United Airlines is a founding member of the Star Alliance, the world’s largest airline alliance with a total of 28 member airlines. Regional service is operated by independent carriers under the brand name United Express.