The United States Air Force has made a presentation with photorealistic images of the new B-21 bomber.

The B-21 will be the next generation of American stealth bombers. The project is housed at the Ellsworth Air Force Base in South Dakota.

Last year the authorities announced that the first operational base of the B-21 would be that of Ellsworth and that it would also house the first formal training unit of the bomber.

As reported by the US media, the B-21 is years away, and the first deliveries should be made in the mid-2020s.

This is that within a minimum of six years a first model of the new B-21 will not be delivered.

The authorities have limited themselves to informing of small details and of course they have not transmitted the main course of the new technology that will incorporate this device.

Some experts have compared the B-21 with the stealth bomber B-2  and the truth is that they have a great similarity in the design, but the Congress Research Service has indicated that the difference is large and potential. 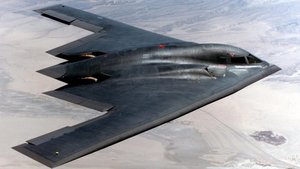