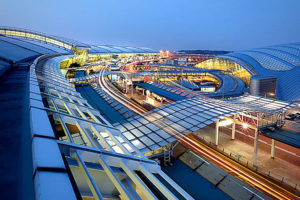 Unmanned shuttle will transport passengers from Incheon Airport to the capital Seoul in South Korea. On November 9, were successfully completed the tests, reported the local authorities.

At first, the unmanned shuttle will drive independently only a small segment of 2.2 kilometers at a speed of 30 km/h, but later it is planned to make its movement completely autonomous. At the moment, there are problems with markings on the route, which makes it difficult for the bus to move without a driver. In addition, other cars often violate the rules of the road and create dangerous situations. However, the developers are pleased with the first successes that have shown that the work of an unmanned bus is possible.

The bus was created by several South Korean companies – in particular, KT Corp and Unmanned Solution. In the future, it is planned to start mass production.