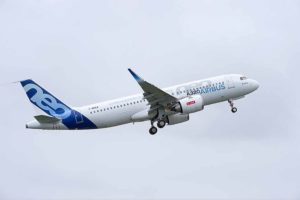 The delivery of five narrow-bodied Airbus A320 / A321Neo aircraft to the Ural Airlines in 2019 might be postponed by several months. One of the reasons is problems with new CFM International LEAP power units designed specifically for these aircraft.

Sergei Skuratov, general director and main owner of Ural Airlines, speaking at a meeting of members of the Association of Air Transport Operators (AEWT) on December 6, expressed concern about the timely delivery of Airbus A320Neo and A321Neo aircraft.

“It’s not clear to anyone whether these planes will be delivered on time in 2019. And this will affect the economy of all Russian aviation, without a doubt. Because there are no other planes on the market”, said Sergei Skuratov.

According to him, the delay may be three months or more, which will affect transportation in the high summer season, when airlines traditionally receive the main profit. Delivery times may be shifted, including due to engine problems, according to Ural Airlines.

In 2019, the Ural Airlines’ fleet should be replenished with five Airbus A320 / A321Neo with CFM engines. In the spring of 2019, the company expects to receive two A321LRs of increased flight range, and three more A320s should arrive in the summer.