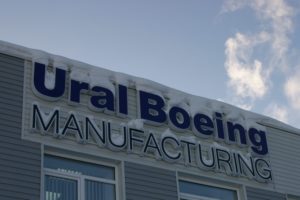 Ural Boeing Manufacturing, which is joint venture between Boeing and VSMPO-Avisma, intends to invest more than 5.5 billion rubles in a new enterprise in the Sverdlovsk region to handle titanium forgings used in the assembly of Boeing aircraft. With the new facility the company will create 100 jobs and will contribute for improvement of the region economy.

“In 2018 the company intends to launch in the Sverdlovsk region a machine for machining titanium stamping used for the assembly of Boeing aircraft elements of the wing structure, fuselage and chassis details. The investments in the project will amount to more than 5.5 billion rubles”, says the official statement of the company and government.

Ural Boeing Manufacturing was opened in the city of Verkhnaya Salda, Sverdlovsk region in 2009. The plant is engaged in rough machining of titanium forgings produced for Boeing 787 Dreamliner, as well as for Boeing 737 MAX and Boeing 777X.

“Such investor as Boeing is the best proof of the Ural’s attractiveness for investment and international cooperation. We will continue to provide state support to investment projects in various sectors, actively form a favorable business climate in the region”, said the governor of the Sverdlovsk region, Evgeni Kyivashev.