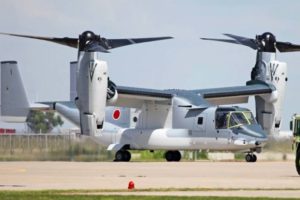 The US convertoplane V-280 Valor launched engines and rotated the propellers for the first time during ground tests. The checks were recognized as successful and were conducted as part of the preparation of the aircraft for the first flight, which was originally scheduled for September 30.

The convertoplanes, aircraft with rotary propellers, combine the positive qualities of helicopters and aircraft. They are capable of vertical takeoff and landing. At the same time, this technique is difficult to manage – convertoplanes lose stability during the transition from helicopter flight mode to aircraft.

The convertoplane V-280 Valor is being developed as part of the FVL tender as a new army transport vehicle intended for the rapid transfer of fighters and cargo over long distances. According to the requirements of the military, such a device should be capable of vertical takeoff and landing. The tender also involves the Sikorsky/Boeing consortium, which creates a high-speed helicopter SB 1 Defiant.

During the first engine start, the V-280 perspective convertible was securely fastened to the platform on the ground. This was done in the event of a possible management failure, in which the device could take off. In the near future, preparations will be made for the first separation from the ground, during which Valor will also be tied to the ground.