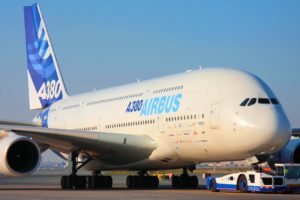 The United States Federal Aviation Administration (FAA) issued an urgent directive instructing the owners and operators of airplanes with engines GP7200 series produced by the Engine Alliance, a joint venture of American General Electric and Pratt & Whitney (UTC), to conduct an urgent visual inspection of the propulsion units. In case of defects in the fan sleeve they must be immediately replaced.

The directive was issued in connection with the emergency onboard the Airbus Airbus A380 belonging to Air France, which suffered damages of its engine during flight.

According to experts, the engines with series GP7200 are installed on 60% of all Airbus A380, which is currently the largest passenger aircraft in the world. The largest airline operators are Etihad, Qatar Airways, Korean Air and Air France.

In beginning of October, Air France plane Airbus A380 made an emergency landing in Canada after one of its engines failed during an Atlantic crossing.

Airbus A380 is a double-deck, wide-body, four-engine jet airliner manufactured by European manufacturer Airbus. It is the world’s largest passenger airliner, and the airports at which it operates have upgraded facilities to accommodate it. It was initially named Airbus A3XX and designed to challenge Boeing’s monopoly in the large-aircraft market. The A380 made its first flight on 27 April 2005 and entered commercial service on 25 October 2007 with Singapore Airlines. An improved version, the A380plus, is under development.