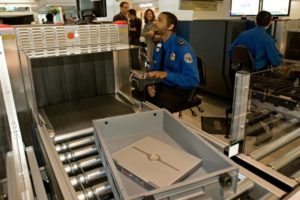 The US Government can extend the ban on the transport of laptops and notebooks on airplanes bound for the United States to another 71 airports in addition to the already existing 10, said the US Internal Security Minister John Kelly at a hearing in the House of Representatives.

“We are looking right now at an additional 71 airports”, said the Secretary of Homeland Security, John Kelly. “We are also looking at ways that we think we can mitigate the threat without expanding the ban”, added he. John Kelly also said that his deputy will attend a conference in Malta next week to present what we think are the minimum increased security standards and present those to people to say if you meet these standards we will not ban large electronics.

Currently, the anti-terrorist rules imposed by the US aviation authorities imply a ban on the transport of laptops from ten airports in the Middle East. Restrictions were introduced in March with respect to the airports of Qatar, the UAE, Saudi Arabia and Turkey. The current restriction covers about 350 flights per week, but extending the ban to all European airports that directly serve USA would affect nearly 400 flights per day and cover 30 million travelers and pose major logistics challenges.

However, any move to restrict carrying larger electronics to the cargo hold of aircraft has potential safety implications related to past problems with laptop batteries. According to experts laptop fire in a cabin can be detected quickly, versus a device stored in a cargo hold.