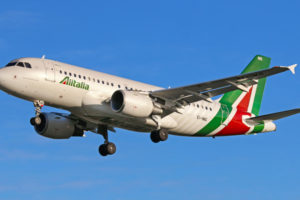 The insolvent airline Alitalia may get another chance to continue working after Cerberus Capital Management, a US privately owned company, has offered to buy Italian Airlines and keep it under its old name.

Cerberus Capital Management’s offer will allow Alitalia to continue its business. The offer was not submitted with the rest, as the US company considered the auction rules to be “too restrictive”. The condition is for the airline to be restructured fundamentally. Exactly the reform plan of the losing company, which was denied by the trade unions, led to its bankruptcy. Since Alitalia has announced insolvency in May, the company has received a 900 million EUR loan to carry out its flights until September 2018.

Cerberus is willing to give between 100 and 400 million EUR, and to hold the Italian state as a shareholder. The company has a history in the sector, helping more than a decade ago to revive Air Canada. Americans say they can turn Alitalia into a “sustainable, competitive and independent” company.

Officials from Rome, however, express skepticism, and failure to bid within the tender may be a problem.

Interest in the purchase of Alitalia assets has already been demonstrated by a number of competitors: Lufthansa, Ryanair, British Airways, Etihad, Delta Air Lines and EasyJet. However, they want to acquire parts of the company – as its aircrafts and get some of its routes.

Yesterday, Lufthansa posted an offer to restructure the company and partially acquire it. However, the offer includes cutting of 6,000 staff and changing its name.

The decision should be taken by April 2018, and by then the country may have a new government.