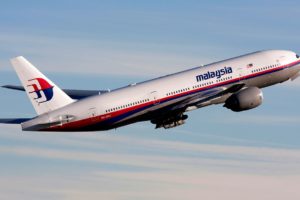 The Malaysian government has given permission for a private company to continue searching for the debris of flight MH370. It has been happening for more than four years since the airplane disappeared without a trace during a flight from Kuala Lumpur to Beijing.

Malaysian Transport Minister, Liow Tiong Lai, said that the cabinet has approved the proposal of the US Ocean Infinity company to search for the plane.

The company will search an area of ​​25,000 square kilometers off the coast of Australia, where experts say the plane might have crashed and will only get money for her work if the aircraft is found.

Malaysia, China and Australia performed the longest aviation search – 1,046 days. In January 2017, the three countries ceased their futile attempts to find the aircraft.

The predicted location of the debris from the plane was thrown into the Reunion and the east coast of Africa, but so far only two of them were confirmed to be from Boeing 777, which disappeared on March 8, 2014 with 239 people aboard.