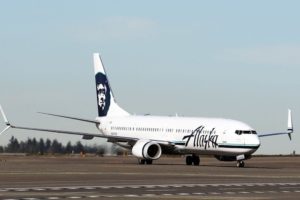 The Florida’s democratic senator Bill Nelson urged the largest US airlines to reduce the price of flights for people leaving regions threatened by Hurricane Maria.

“As you know, Hurricane Maria is a major hurricane and is threatening Puerto Rico and the Caribbean now and may be a threat to the US coast by next week. Therefore, I urge you to begin the process now for implementing capped airfare and ensuring that refunds are promptly issued for canceled flights”, said Florida’s democratic senator Bill Nelson. “Individuals and families should not be forced to delay or cancel their evacuation efforts because of confusion over the cost of airfare”, added he.

Earlier it was reported that US President Donald Trump gave an order to provide federal assistance to the Virgin Islands in connection with the damages caused by the Hurricane Maria.

The National Center for Hurricane Surveillance noted that Hurricane Maria raging in the Atlantic reached the fourth category on the five-point Saffir-Simpson scale.