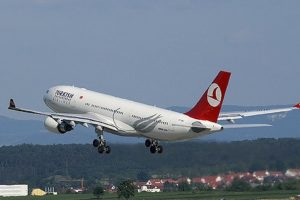 The US authorities can lift the ban on the transport of electronics in the aircraft for flights of Turkish Airlines already this week. This will allow customers of the Turkish Airline to carry laptops and tablets in their hand luggage on flights to USA.

“We expect that the US will lift the ban on the transport of electronic devices on July 5”, wrote the general director of Turkish Airlines, Bilal Eksi, in Twitter.

Last week, the Department for Homeland Security (DHS) of USA lift laptops ban for Abu Dhabi’s Etihad Airways because it had put additional security measures in place. Emirates and Turkish Airlines are next in line.

“Turkish Airways and Emirates Airline have initiated the process for lifting the ban by alerting the Transportation Security Administration they are ready to comply with the enhanced security measures”, said DHS spokesman. “TSA is scheduled to visit Turkish Airways and Emirates Airline to verify the measures have been implemented correctly and to the full extent required”, added the spokesman.

For the first time, the restriction on the transportation of electronic devices with size larger of a smartphone in hand luggage was introduced by the United States in March with respect to the airports of several countries, mainly Muslim ones. The restriction was motivated by the possibility of carrying an explosive device into the interior of the aircraft in the case of a conventional laptop.