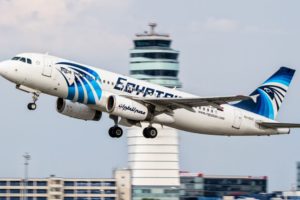 The US authorities have canceled the ban on the transport of laptops and other electronic devices in the cabin of aircraft carriers from Egypt and Morocco. The information on the lifting of the laptop ban was confirmed both in the leadership of the Royal Air Maroc airline and the EgyptAir air carrier. The Egyptian company earlier informed on cancellation of restrictions on flights Cairo – New York

Currently, the publications note, the ban remains in force against Saudi Arabia, where two major international airports are located – in Riyadh and Jeddah. However, Saudi airline Saudia has issued a statement, which says that on July 19, restrictions may be lifted from its flights from Riyadh and Jeddah.

US National Security Service spokesman David Lapan commented that July 19 is a realistic timeframe for signing decisions on two airlines.

In March, the US banned the transport of laptops and other electronic devices on flights from 10 international airports in eight countries – Egypt, Morocco, Jordan, the UAE, Saudi Arabia, Kuwait, Qatar and Turkey.