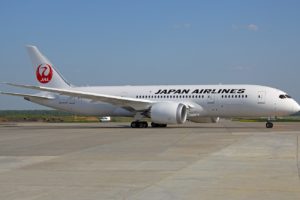 USA requests Japanese airlines to tighten the inspection of passengers before boarding a flight. These measures relate to the electronics carried on board the aircraft in the hand luggage: laptops, tablets, electronic books and cameras. At the moment it is not known whether these measures concern all passengers or only those who fly to the United States. However, according to preliminary data, toughened screening measures will be introduced in seven airports in Japan, which have direct communication with the US – Narita and Haneda airports in Tokyo, as well as Kansai, Shin-Chitose, Sendai, Tyubu and Fukuoka.

Sample checks will be conducted just before boarding the flight so that those whose electronics have already been checked could not mix with other passengers whose hand luggage is not yet verified. The administration of Japanese airports believe that the introduction of new measures will lead to delays in flight departures, since many passengers will not be aware of the new security policy and their inspection will take a long time.

At the end of March, the US authorities banned passengers flying to the United States from 10 major international airports in Egypt, Jordan, Qatar, Kuwait, Morocco, the UAE, Saudi Arabia and Turkey, carrying electronic devices larger than their mobile phones to the cabin.

Washington is afraid that passengers from these countries can carry explosive devices on board under the guise of computers. In this regard, in the cabin with you can only take a mobile phone, larger devices need to take in the luggage. Violation of this rule by the airline threatens to revoke the license for flights to the United States.