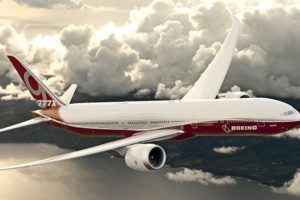 USA won the dispute with EU for 8.7 billion USD tax relief granted by the US government to Boeing. The Appeals Body of the World Trade Organization (WTO) has reversed the decision that the tax relief is illegal. This decision was made after consideration of the dispute, which was filed by the United States on December 16, 2016. The United States tried to challenge the WTO decision: the organization granted the EU’s complaint and declared illegal the tax breaks that the US authorities granted to aircraft manufacturer Boeing for financing the creation of the 777X.

The decision that the US protested was taken on November 28, 2016 and stated that the benefits granted to the aircraft manufacturer by the US authorities violated the international law.

The decision neutralizes a potential trump card, which the EU played in 2014 to shake up the world’s biggest trade dispute. Prohibited subsidies are a form of aid that the WTO’s 164 members consider exceptionally market-distorting and are automatically banned wherever they are proved to exist.

“Today’s ruling will strengthen the (original EU) case on the long term and allow us to expand our compliance demands”, said the spokeswoman of Airbus, Maggie Bergsma, while Boeing called the ruling a “sweeping and clear win”.

The United States and the EU have spent more than a decade trying to find out whether local authorities can help Boeing and Airbus to create commercial aircraft. The WTO ruling published on September 4 actually puts an end to this dispute.

“This has become a large-scale and pure victory for the United States”, said chief legal adviser of Boeing, Michael Luttig. “False statements by Airbus and its sponsors from the government were rejected by the WTO”, added he.