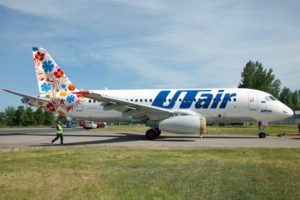 Airline Utair denied rumors for shortage of fuel on board the aircraft during landing at Vnukovo airport in Russia. On November 13, at the Vnukovo airport there were complex meteorological conditions, including fog. The Utair flight was waiting for land at the approaching zone of the airport, but the crew told the dispatcher that the fuel limit allocated for waiting area was running out. This is done in order to prevent the consumption of that part of the fuel that is destined for the alternate airport. The message to the dispatcher is preceded by a Pan-Pan voice message (a standard alert to alert the dispatcher).

Further, the dispatcher informed, when landing is possible. The crew decided to stay in the zone of Vnukovo airport and then received permission to land, as soon as the weather conditions stabilized. The crew acted according to the regulations of the Federal Aviation Regulations, without causing danger for the passengers on board

“The information distributed by the Mash channel is not accurate again. There was no fuel shortage on Utair flights on November 13, but the signal sensors did not work”, said the official statement of the airline.

According to the officials, on November 13 at the Vnukovo airport there were complex meteorological conditions, including fog. The fuel of the aircraft, which is divided for for waiting area of ​​the airport of arrival, flight to a spare airfield and landing on it, so there was no danger for the passengers on board.

Earlier in a number of media there was information that on November 13 in the morning during a heavy fog air traffic controllers at the Vnukovo airport received requests for an immediate landing due to the alleged activation of an alarm about a fuel shortage, but after landing it became clear that kerosene on the sides was enough.