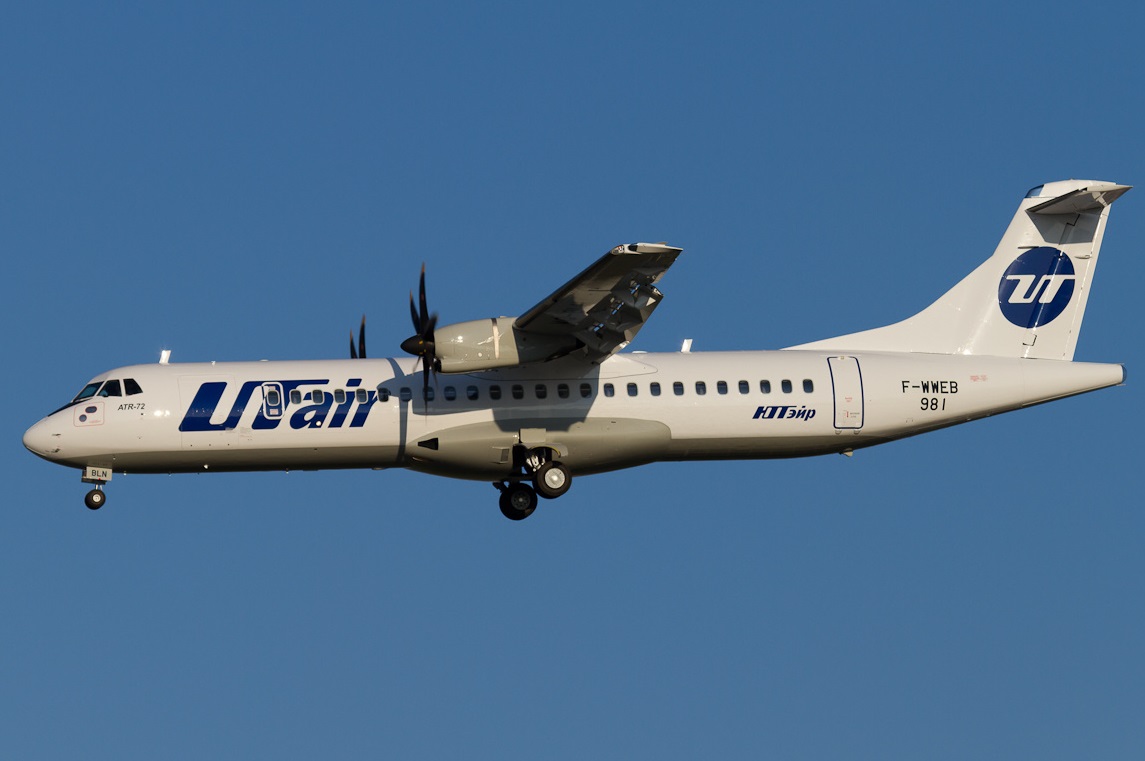 Russian airline UTair plans to relocate its regional ATR 72 turboprops, which have capacity of 70 seats and flight range of 1,650 km, from Moscow to the south of Russia and is looking for airports for them.

“Two ATR 72 aircraft are currently executing the program of flights between the cities of the south of Russia, all five ATR 72 can be transferred from Moscow during the year, but this will depend on the success of the program”, said the General Director of UTair, Andrey Zarmenovich Martirosov. “At the Moscow air hub, the medium-haul aircraft will replace the regional ones. The latter are not enough for the Moscow market, but they are well suited for regional transportation”, added he.

In total there are 15 ATR 72 in UTair fleet and most of them are based at the Siberian airports – Tyumen, Surgut, etc. The UTair regional program was launched in the south in late May: it includes flights Rostov-Makhachkala, Rostov-Sochi, Mineralnye Vody-Sochi, Minvody-Makhachkala, all flights are regular three times per week.

In addition, UTair has flights from Sochi to Krasnodar three times per day. This route is subsidized by the budget of the Krasnodar Territory, the representative of the airline explained to the newspaper, all the others are carried out on a commercial basis.

“The demand is stable, loading in the first weeks on new southern flights averaged 73%, now some destinations on individual days are loaded up to 100%”, said General Director of UTair, Andrey Zarmenovich Martirosov. “Since September, the number of planes and flights is expected to increase: new routes and The frequencies will increase by the current ones”, added he.