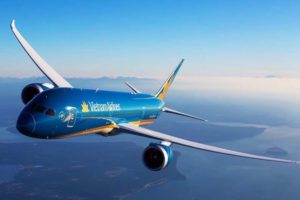 Vietnam Airlines considers placing an order for 50 to 100 Boeing 737 MAX, which is valued at about 6.1 billion USD to 12.2 billion USD before customary discounts. The new order aims to replace its aging fleet of Airbus aircraft. The final decision is not yet taken but Vietnam Airlines is expected to submit it by the end of the year.

“The new aircraft will be for delivery between 2020 and 2030”, said CEO of Vietnam Airlines, Duong Tri Thanh, but not specifying which Max model the carrier plans to buy. “It will be an opportunity for Vietnam Airlines to invite competition between the aircraft manufacturers, mainly Airbus and Boeing. The final plan will be submitted to the government. We expect something to happen this year”, added he.

The management of the state-owned air carrier has not taken the final decision to select Boeing or Airbus, but according to anonymous sources, the chances of the US aircraft manufacturer are prevailing.

The carrier is also considering a purchase of at least two wide-body planes – Boeing 777x or Airbus A350-1000 – to make its planned US services commercially viable. The airline plans to open direct flights from Ho Chi Minh City to Los Angeles or San Francisco. Initially, the flights will include possible stops in Japan, Taiwan or South Korea before non-stop service begins in 2022.