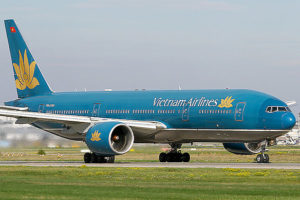 The Vietnamese aviation market continued its growth trend in Q1 2019. The volume of passenger traffic on international routes was 8.6 million, while on domestic was 8.7 million, which is 13.2% and 9.8% more than a year ago, respectively. Currently, Vietnam Airlines Group and its member airlines cover 52% of the domestic market. The stable exchange rate of the national currency and lower fuel prices have created favorable conditions for further improving the efficiency of the group.

Vietnam Airlines Group reported a 4.3% YoY increase in total revenue, receiving a consolidated profit of up to 64.5 million USD, which is 45% of the annual plan. Vietnam Airlines’ profit before taxes reached 51 million USD, an increase of 36.6% YoY. Continuing last year’s trend, the airline is currently showing positive financial performance with a debt-to-equity ratio of 2.41, which is lower than at the beginning of the year (2.58), thanks to the balanced cash flow and an efficient payment plan.

According to the results of the first quarter of 2019, passenger traffic is expected to increase by 2.5% YoY, which means an increase in the total number of passengers carried to 5.4 million. Over the period, the airline made 33,500 flights. The carrier maintains high punctuality (OTP) at 90%, which is one of the best results in the world.

In January-March 2019, 50% of passengers used the online check-in service via the website, mobile app or check-in kiosks at the country’s two largest airports, Noi Bai and Tan Son Nhat. This achievement has been made possible by Vietnam Airlines’ investment in advanced technology, which makes it possible to improve the quality of passenger service and reduce the burden on airport infrastructure.

As of March 31, 2019, the number of employees was 6,468, which is 7% less than the corresponding period of 2018, while, according to the International Air Transport Association, Vietnam Airlines ranks second among the leading Asian-Pacific airlines in terms of labor productivity.

“Efficient use of resources and operational flexibility laid the foundation for the success of Vietnam Airlines in the first three months of 2019. The airline continues to improve all aspects of the business, one of the main elements of which is the new generation of aircraft fleet. One wide-body Airbus A350-900 and two narrow-bodied Airbus A321neo The carrier’s fleet has recently been replenished in response to the growing demand for flights”, noted the airline.

In the first quarter, Vietnam Airlines also continued to expand international cooperation, in particular, together with Singapore Technologies Aerospace, an enterprise for maintenance and repair of parts was established, strategic relations were expanded with the leading supplier of technologies Saber Corporation, as well as with the Ministry of Tourism of Cambodia for the period from 2019 to 2021 years. All of these initiatives serve to maintain the high credibility of the company in the political, economic and social life of Vietnam, and also show Vietnam Airlines’s commitment to the development of advanced technologies.

In the second quarter, Vietnam Airlines plans to commission 10 Airbus A321neo, as well as preparing for the delivery of the first Boeing 787-10 aircraft as part of the development program for the wide-body aircraft fleet. In addition, the airline plans to place HVN shares on the Ho Chi Minh Stock Exchange and organize the Annual General Meeting of Shareholders 2019. Vietnam Airlines expects to continue to provide passengers with the highest quality services in strict accordance with the Skytrax 4-star standard.