“This is an aggressive effort that touches the lives of all who come to Los Angeles,” said Barbara Ferrer, director of health for Los Angeles County (DPH).

Nearly one thousand people who recently travelled to mainland China are being monitored by nurses from the Los Angeles County Department of Public Health.

Each person has been assigned a nurse and has been recommended to remain in quarantine for 14 days.

“This is an aggressive effort that touches the lives of all who come to Los Angeles,” said Barbara Ferrer, director of health for Los Angeles County (DPH).

The efforts of health authorities are also targeting employers and schools to be flexible with people and allow them to work from home.

“It’s a very small number of people, but they need all our support,” he said.

Since February 2, federal monitoring rules apply to people who have recently returned from a trip to mainland China and are on a list generated by Customs and Border Protection (CBP) and the Centers for Disease Control and Prevention (CDC ).

“New names are added daily to the list of almost 1,000 people as US citizens and their families return from China,” said Dr. Ferrer. “There may be some people who returned after February 2 and are not on the list . “

According to Ferrer, all travelers received a card from Customs and Border Protection agents with instructions to stay at home and contact the local public health department if they have questions or feel sick.

“We have had 100% cooperation from travellers,” he said.

Dr. Ilan Shapiro, medical director of health and wellness education at AltaMed in Los Angeles, considered that the response of the medical authorities is “adequate because we are in a stage of asymptomatic viremia, which occurs between 0 and 14 days when The initial invasion of the virus in the blood from the first point of infection is manifested.

“That’s why we are seeing more silent cases,” he said. “A person may have had few symptoms in 10 days, but still began to spread to others; The important thing is that we are now understanding the problem from the prevention side so that the coronavirus does not spread from side to side. It’s about limiting the spread of one person to another. ”

Evacuated in Riverside; They detect a new infected in San Diego

Also, this week 195 Americans who were evacuated from China were authorized to leave the March Air Reserve Base in Riverside after making their final evaluation. On Tuesday they threw their masks into the air before boarding buses to take flights home.

In San Diego, a labeling error caused a woman infected with the coronavirus (COVID-19) to be released by mistake of the UC San Diego Medical Center.

The error was discovered when the woman was being returned to the Miramar Marine Corps Air Base, where more than 200 Americans who evacuated China are in quarantine.

The woman and three other evacuees from China had been in hospital isolation after showing symptoms of the virus, but federal health officials said they had tested negative and were sent back to the base, where they joined more than 200 people who are in Quarantine for two weeks.

However, on Monday morning, officials from the Centers for Disease Control and Prevention (CDC) informed the county health officials that “new tests revealed that one of the four patients tested positive” for the new coronavirus and the person was returned to hospital isolation, UC San Diego Health said in a statement.

“Both patients are fine and have minimal symptoms,” the information said. 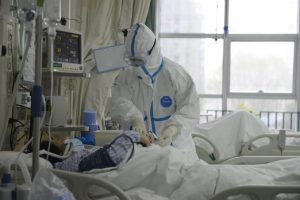 This was the seventh confirmed case of coronavirus again in California and 14 in the US, since the outbreak of the virus that killed more than 1,000 people was reported.

However, this Wednesday, the CDC confirmed that a new case of infection. Unlike the woman, the new patient who contracted the virus was hospitalized and isolated in a room at the UC San Diego Health System hospital. This person arrived at Miramar Marine Corps Air Base last Friday.

Recent flights with US passengers have sent hundreds of people to quarantine at military bases in California, Texas and Nebraska.

Other evacuees who were transported to Travis Air Force Base, located between San Francisco and Sacramento, were hospitalized after showing symptoms of the virus, but none of those possible cases have been confirmed, authorities said.

The figures are surprising

The coronavirus, now called COVID-19 by the World Health Organization (WHO) , was first identified by the Chinese government on December 31, when authorities indicated that a variant of unknown pneumonia was affecting Wuhan residents in the province of Hubei.

Worldwide, more than 43,000 people have contracted the virus, and 1,018 people, two of them outside of mainland China, have died as a result.

“The numbers are amazing,” said Dr. Ferrer, but emphasized that the total number of patients remains low in the US, with 13 confirmed cases across the country. Of these, seven are in California, including one in Los Angeles, Orange and San Diego counties.

Nichole Quick, head of the Orange County Healthcare Agency said that in that area of ​​southern California, 3.1 million people face greater risks of influenza than the coronavirus. 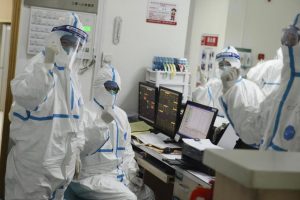 The COVID-19 virus affected a man in his 50s who is recovering “well,” Quick said.

“Our individual has been discharged from the hospital and remains isolated at this time,” said the health expert to the members of the Board of Supervisors.

The expert said “the greatest risk at this time is an outbreak of influenza, before the coronavirus; the flu affects millions of people every year and results in tens of thousands of deaths in the US. ”