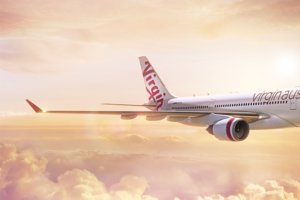 “Safety remains a top priority for Virgin Australia and we will not introduce new aircraft into our fleet until we are fully convinced of their safety. We are confident that Boeing is making every effort to return the vessels 737 MAX models were put into operation, ensuring their safe use, and we will continue to work together in this direction”, said the Executive Director of Virgin Australia, Paul Scurrah.

Virgin Australia Airlines is one of Australia’s largest airlines, and it is the largest airline by fleet size to use the Virgin brand. It commenced services on 31 August 2000 as Virgin Blue, with two aircraft on a single route. It suddenly found itself as a major airline in Australia’s domestic market after the collapse of Ansett Australia in September 2001. The airline has since grown to directly serve 42 cities in Australia, from hubs in Brisbane, Melbourne, and Sydney.

In 2011, the airline went through a massive transformation—the changing of their brand to Virgin Australia. This included the introduction of a new aircraft livery, new uniforms, and new on board menu options. New wide-body aircraft were acquired for use to compete with Qantas, and the roll-out of business class across the Virgin Australia network.