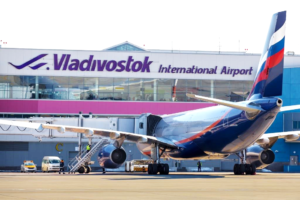 Vladivostok International Airport severed more than 1.4 million passengers since the beginning of the year, which represents an increase of 17% yoy.

“More than 253,000 passengers were serviced at Vladivostok Airport in August this year, which is 16% higher than last year. The international passenger flow is growing at the fastest pace: over 88,000 people were serviced per month, which is 30% higher than in August of the previous year. The increase in passenger traffic in the Japanese direction was 97%, on flights to Southeast Asia – 64%, in the South Korean direction – 41%”, adds the airport.

Vladivostok International Airport is an international airport located near Artyom, Primorsky Krai, Russia, roughly an hour’s drive north of the center of the city of Vladivostok.