Admittedly, humanity has never detected a signal to date from small green creatures with seven legs and five eyes, or hunchbacked aliens with three arms and nine toes from the confines of our galaxy. But that does not prevent the Terrans from continuing to track these traces of life elsewhere than on the blue planet, nor to ask a thousand questions about the consequences of a possible communication with a distant intelligence.

If a message were ever perceived, should it be announced? Who should do it? Should it answer? Again, who would do it and how? What impact for humanity to no longer be alone in the universe?

It is these truly existential questions that animate the members of the UK SETI Research Network, a network of British researchers who are concentrating their efforts on the search for extra-terrestrial intelligence (SETI). Determined to make the public also cogitate, they launched on 1 st July 2019 an online survey on the occasion of Science Week organized by the Royal Society of London, the equivalent of the Academy of Sciences hexagonal. 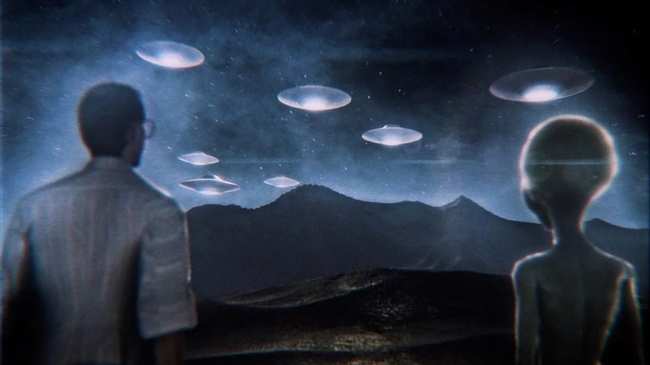 This short questionnaire, in English but accessible to those with some rudiments of the language of Shakespeare, aims to take the pulse of opinion on these topics to guide the drafting of a global protocol in case of receipt of a note ET “There is no procedure in international law for responding to a signal from aliens, “said Guardian Martin Dominik, an astronomer at St Andrews University and a member of the UK SETI Research Network.

We want to collect people’s points of view. Because the consequences would not affect only scientists.”

How, at the time of the fake news and the social networks, to inform at the best the population? If the international community does not have a way forward, then a state or private initiative may decide to send a signal without seeking the advice of others. Humanity will only have to hope that the content of this message will not be warlike, or interpreted as such.

Contrary to what some very daring astronomers have been able to point out , no sign of life has yet come from space. This is the conclusion, presented mid-June, researchers of the Breakthrough Listen Project, launched in 2015 by (among others) Stephen Hawking.

For three years, scientists have pointed their powerful telescopes at 1327 stars within 160 light-years around the Earth. And nothing. They will now continue their search for “technosignatures“, as we call the possible traces of extraterrestrial life, by scrutinizing a million stars near the Sun, as well as stars in the center of the Galaxy.

Mankind is definitely looking for contact. Since 1974 and sending the first message to the aliens, men are making constant transmissions of radio signals to space. It is even planned, in the coming months, to encode the periodic table of the elements of Mendeleyev, in case, somewhere in the distance, another civilization could decipher it.