Post sponsored by the Montreal Jobs that have the best benefits

The plane is the safest means of transport that exists if we take into account the accident rate and the number of deaths that occur every year in plane accidents. Go ahead with this statement to make it clear that although the article deals with which is the best seat in the event of an accident, we are talking about a very unusual eventuality, much less than that which occurs in other means of transport.

And nothing better to reflect this than the statistics published by the Aviation Safety Network (ASN) in its annual report, where it is pointed out that in 2019 there were 20 fatal airplane accidents (13 with passengers and 6 on cargo flights) in which A total of 283 people died worldwide. These figures improve on those of 2018, when 556 people died in 12 accidents, although they are still far from the best year since statistics are available, which was in 2017, with 44 deaths in 10 accidents.

Once these figures are entered in order not to instill fear in air travellers, it should be noted that studies have been carried out to indicate which seats are the easiest to suffer less damage in the event of an accident.

Also, it should be noted that aircraft seats have very specific characteristics that help improve safety . In fact, they have to be able to withstand up to 16 times the force of gravity and they have to be made of non-combustible fabrics and of a material that does not emit smoke, so that they do not pose an added danger in the event of an accident.

As for where the seats with the lowest accident rate are located, they are the ones at the end of the planes . That is, those that are usually cheaper and those that no one wants to occupy for the simple fact that there is more engine noise and because disembarking takes longer to leave the ship.

This statement has been verified by two different studies. The first was carried out in 2007 and was investigated by Popular Mechanics magazine, which found that passengers behind the wings have a 69% chance of surviving in the event of an accident. This percentage drops to 56% when we talk about the seats that are ahead of the aforementioned wings of the plane, while those that are in the front, only have 49% of options to stay alive.

Later in 2015 another study was carried out, this time by Time magazine, and the results were similar: the rear of the airplanes is safer than the front. And is that compared to 32% of options to die in the last seats we find 38% in the front seats. But that’s not all, this study also pointed out that seats next to the aisle are safer than those facing the window, placing the options of perishing in an accident at 28%. So, if we consider these data, the best seats to occupy in an airplane in case of an accident are those of the rear and aisle rows.

Given these statistics, it is worth asking why the “worst” seats on the plane are the safest. And the explanation is simple: most airplane accidents are due to a frontal crash or fall , that is, the majority of the blows occurs in the nose due to the simple fact that the ship is moving in that direction. So it is not surprising that the front seats (where the business class and the first class are located) are the worst in the event of an accident. 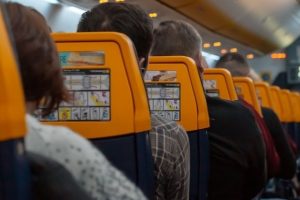 On the other hand, one of the facts to keep in mind is that people who are sitting near the exit doors have more options of surviving in the event of an accident. Therefore, the seats in the rows leading to the emergency exits are also among the best. Of course, in this case, to occupy them, there are a series of requirements that must be met: you cannot have mobility difficulties, you must know the language of the crew and the passage in general, it is not possible to need an extension of the seat belt and of course, it is not possible to fly in those seats with a baby. In addition, it will be necessary to help the rest of the passengers and be able to open the emergency door.

So, if we take this into account and add the above, it will be best to be placed in the aisle seats located at the rear but relatively close to an emergency exit or the rear exit if there is one. 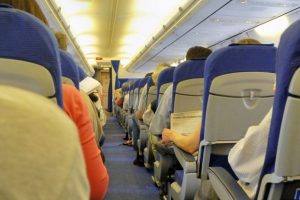