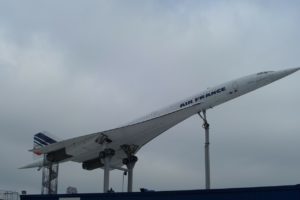 Russia plans to resume production of supersonic aircraft. The country’s Presidium Vladimir Putin has suggested that the Council return to the topic of creating ultra-fast, supersonic passenger airliner.

During the last 50 years, there were several projects for supersonic passenger airplanes, but they face so many questions and problems, so there is currently no such aircraft in civil aviation, and the existing ones have previously proved to be unprofitable.

The proposal of the Russian president was made only a week after Airbus announced that it would cease production of its largest airplane A380, which in terms of parameters is approaching the supersonic Concorde used by British Airways and Air France from January 21, 1976, to October 24, 2003.

Almost four years after the flights of Concorde were stopped without much noise, Russia stopped producing the rival Tu-144, which is also called the Russian Concorde.

The bottom line is that over the last 50 years civilian aviation has used no more than 20 supersonic aircraft and their operators are only three companies – British British Airways, French Air France and Russian Aeroflot. All three, however, received substantial subsidies from their governments.

Here are the five main reasons why supersonic aircraft have not yet returned to civil aviation:

1. Design and production costs. Supersonic airplanes are much more expensive than regular passenger liners because their construction requires more high-tech materials and expensive building technologies. Much more resistant materials such as titanium alloys are used to withstand higher temperatures.

Furthermore, it is necessary to think of a more efficient modern fuel system, electrical installation and many other systems in the structure of the aircraft. All these measures are necessary to enable the aircraft to meet the world standards of safety and durability. All this results in high costs for the design and production of the supersonic airplane.

Therefore, in order for civil aircraft to be built and used commercially for many years, it is necessary for aircraft companies to have enough money to build them and airlines to buy such aircraft, which will be very expensive.

The initial estimated cost for development Concorde before the launch of the British-French Aerospatiale program is 70 million GBP (about 98 million EUR at that time), but after the production of the first supersonic passenger airplane, the balance shows that the cost of designing, manufacturing, and testing reached 1.3 billion GBP (about 1.82 billion EUR). And then it was decided to subsidize the production by the two governments.

2. Expenses for operation. Before the production of the supersonic Concorde and Tu-144, their developers knew that they would not be profitable. It was then revealed that the cost of producing such liners was not only large, but also the cost of their operation was enormous. In particular, in the case of the Concorde Hybrid, it turned out that, in addition to other operating costs, fuel resources were too high.

Even before the first flight from London to New York was made, the economists of Air France and British Airways immediately realized that 120 tonnes of aviation kerosene could be needed for the flight, which could fit in 17 fuel tanks.

The same problem faced by the Russians. For example, for the longest flight of Tu-144 from Moscow to Vladivostok, a huge amount of fuel was needed, but for the construction of the airplane already created this is impossible, so it is decided to make a stopover for refueling until technical solutions are found.

It should be noted that supersonic airplanes have higher depreciation than conventional airplanes, which means that the cost of repairing and updating the fleet will be higher. Even almost three times higher, according to Air France and British Airways data before stopping Concorde flights.

3. Economic feasibility. As already noted, the two supersonic airplanes – Concorde and Tu-144 – were unprofitable. And since the cost of manufacturing and operating such aircraft is very high, it was clear to the owners of supersonic aircraft that the price of tickets would be inaccessible to mass passengers if governments did not subsidize not only production but also the operation of this type of aircraft.

And it follows the natural question: how many these liners will be sought if they stop government subsidies not only for their production but also for their exploitation, given the huge fuel costs. The cost of the Concorde overseas flight was estimated at 11,000 dollars, which was expensive even for those passengers who always travel in the first class of conventional airplanes.

4. Passenger safety. Supersonic airplanes fly into a higher attitude of the atmosphere. This is not a problem for military planes as pilots wear protective suits resistant to high altitude and pressure while for passengers dressed in casual and casual clothes such flights may be dangerous.

5. Environmental protection. Environmentalists constantly alert for both conventional and supersonic airplanes for their emissions because of harmful emissions from exhaust gases. However, in September 2018, Deputy General Director of Tupolev, Valery Solozobov, told journalists that the company was completing the preliminary work on a supersonic passenger airplane that could reach a speed of 1900 km/h at a height of 11 km.

The most important work that aviation specialists have to do, according to Solozobov, is to reduce the sound impact of the airplane, especially when taking off. The same problem caused the PAO “Tupolev” to stop production of Tu-144.