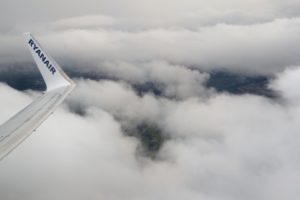 The Irish low-cost airline Ryanair has been experiencing unprecedented labor protests that have led to the cancellation of thousands of flights, staff strikes in many countries, and constant discontent among pilots and flight attendants.

Why did the tension suddenly explode in the public space? In the first 30 years of its existence, the Irish airliner was quelling the demands of its employees. Many Ryanair pilots argue that management has been silenced by a number of painful coercion: the self-employed status imposed on many employees, the division of staff into multiple destinations and different working conditions, a ban of trade union activity.

The growth of air transport in the world – in China, in the Gulf countries as well as in Europe – has nevertheless proved to be an advantage for pilots, asking for better pay. This new situation has led to an outbreak of tension in Ryanair: some pilots left the airline and the rest became more angry and insistent. After being forced to cancel thousands of flights last fall, Ryanair eventually turned on 180 degrees in December and expressed readiness to recognize the trade unions.

Director General Michael O’Leary and his team launched a real cultural revolution by starting negotiations with the trade unions. However, it can not simply change the culture of an enterprise, which for years has only been insulting the unions. Since December, Ryanair has officially recognized only trade unions in the UK, Italy and Ireland, and no other agreement has been reached in other countries where it is present.

The airline made some concessions by indexing wages in some places and improving working conditions. In Ireland, it agreed to mediate to resolve the conflict with the local union, which allowed for an agreement after a marathon of negotiations.

In Europe, however, Ryanair in most cases did not respond to the staff’s general demands for a stable employment contract in accordance with the country’s labor laws.

However, the risk remains, at least until the airline has reached a new compromise to calm the dissatisfaction. For the time being, however, pilots and cabin crew have been more resolute than ever before, gained more freedom after the recognition of trade unions, organized the first pan-European strikes, and began large-scale negotiations. This, however, seems to have led the leadership to speed up negotiations against new cancellations and strikes.