Post sponsored by the Toronto Jobs Site everybody is looking for to earn more money!

It was designed to take people to the International Space Station in the near future but in April it was destroyed while testing an emergency system. Elon Musk’s company says it has now isolated the problem and NASA says the ruling was “really a gift”.

The US aerospace company SpaceX published on Monday a report on the possible causes of the failure that led to the destruction of its Crew Dragon vehicle , designed to take astronauts to the International Space Station.

The capsule exploded on April 20 at a US Air Force base in Florida and during a round of testing, part of the extensive unmanned testing period prior to its first use by humans. The explosion occurred while specifically testing its eight emergency propellers, designed to separate the rocket capsule in the event of a malfunction and take its crew to a safe landing.

Three months after the incident, investigations into the incident are about to conclude and the company believes it knows what happened, according to Business Insider. 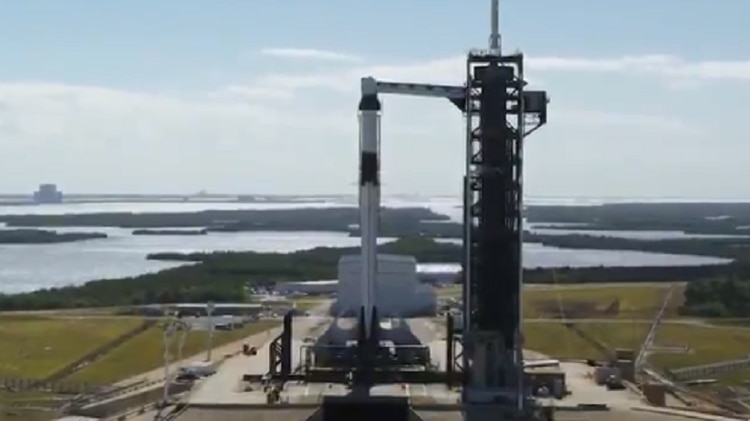 “We know we had a component in the system that suffered leaks ,” Hans Koenigsmann, vice president of Flight Construction and Reliability at SpaceX, told a news conference. This caused a “backlash” once the escape system was activated , he added, according to Reuters.

According to the report published by the same SpaceX , a company founded by Elon Musk, the filtered liquid was dinitrogen tetroxide and fell on the pressurization tubes, causing the explosion.

SpaceX technicians believe they have found a way to solve the problem, although the truth is that the investigation has not yet finished completely.

The incident, however, caused major delays in the program and Koenigsmann said the plan to put humans in space this year seemed “increasingly difficult.”

Crew Dragon was due to take American astronauts to the ISS in July of this year, on a first manned test mission, but the date was postponed to November after the explosion and some other design problems. Monday’s comments were a new sign that the timetable could be delayed by 2020.

“I am quite optimistic at the moment because we have an appropriate path,” said Koenigsmann. “But as I said, we have not finished yet, my emphasis is on guaranteeing safety (…) By the end of this year, I do not think it is impossible, but it is becoming increasingly difficult,” he said.

Kathy Lueders, a NASA representative who participated in the same press conference, offered an even more optimistic look. “In many ways, this was a gift for us, because it was a test on the ground, we had the possibility to find a problem with the hardware, recover it and study it,” he explained, according to Business Insider.

The truth is that the explosion of the Dragon Crew occurred just after an important test that was very successful in March. The capsule, unmanned, had been placed in orbit, had been coupled to the ISS and then returned to Earth without problems. It was in a later trial, and on land, when that same capsule exploded.

Watch the explosion of the Crew Dragon down below!