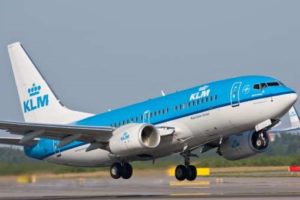 Wing element fell from KLM aircraft Boeing 777 during takeoff from Japanese airport Kansai. The accident happened when the aircraft was at an altitude of more than 2,000 m and the structure fell over a car on the ground, damaging its roof and front window. Fortunately during the accident there were no reported injuries, neither on the ground, no in the air.

The aircraft was en route from Kansai (Japan) to Schiphol (Netherlands) with more than 300 passengers on board. The flight was not interrupted and the aircraft landed safely at Amsterdam airport on schedule. The Japanese civil aviation authorities and Boeing are helping to find out the causes of the incident and initiated separate investigation.

“KLM regrets this incident and is now investigating the reasons”, said the official statement of the Dutch airline.