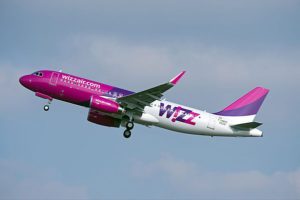 Hungarian low-cost airline Wizz Air can open direct flights to Minsk, the secretary of state of the Ministry of Foreign Affairs and Foreign Trade of Hungary Csaba Balogh. He noted that the issue of increasing the number of direct flights to Belarus is being discussed.

“We have close, good relations with the airline of Hungarian origin – the low-cost airline Wizz Air. We will try discuss with it the opening of direct flights to Belarus. Probably next year the company’s representatives will come here and start practical implementation”, said Csaba Balogh.

Direct flights, according to the representative of the Ministry of Foreign Affairs, are important not only for tourists, but also for business.

“There are direct flights between countries two or three times per week. For business, this is not enough”, added the secretary of state of the Ministry of Foreign Affairs and Foreign Trade of Hungary.

Csaba Balogh took part in the Belarusian-Hungarian business forum, which was held in the framework of the 9th meeting of the intergovernmental commission on economic cooperation. The business forum was also attended by representatives of 12 Hungarian companies and about 40 Belarusian companies. The advantages of using electronic trading platforms in the mutual trade of the two countries, the investment opportunities of Hungary, the specifics of the legal regulation of doing business were discussed. The program also includes business negotiations in B2B format.

Wizz Air is a Hungarian low-cost airline with its head office in Budapest. The airline serves many cities across Europe, as well as some destinations in North Africa and the Middle East. It has the largest fleet of any Hungarian airline, although it is not a flag carrier, and currently serves 44 countries.