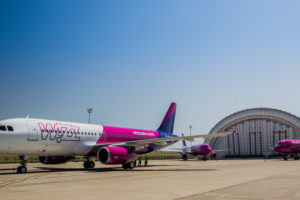 Hungarian low-cost airline Wizz Air reduces the number of destinations it serves from Bulgaria. The airline is closing flights to six destinations from Sofia and two from Varna. These are the routes from the Bulgarian capital to the Italian airports of Catania and Naples, the German Nuremberg, the Swiss Basel, the Greek in Athens and the Spanish city Malaga. Together with them will be reduced the destinations from Varna, as the airline will no longer fly to Tel Aviv and Milan Bergamo.

“As the aviation industry is influenced by passenger demand and seasonality, Wizz Air has decided to optimize its schedule for Sofia and Varna according to route presentations and market demand”, said the carrier.

Wizz Air also adds that flights to the mentioned destinations will be restored next summer. Here, however, it is worth noting that they were not declared at the beginning as seasonal. Two of the routes – to Athens and to Malaga – were launched this spring. And those from Varna to Milan Bergamo and Tel Aviv – last summer.

Previously, other destinations were also stopped – from Sofia to the British cities Birmingham, Bristol and Doncaster/Sheffield, to Kutaishi, to the Swedish Malmo and the Norwegian capital Oslo.

Before the imminent reduction of destinations, the Hungarian airline flied from Bulgaria to 44 airports in Europe in 20 countries. The carrier has seven airplanes based in Sofia and one in Varna.

Newer PostEmbraer forecasts demand for 10,550 new regional aircraft in next 20 years
Older PostJetBlue became the first customer of the Airbus A220 family