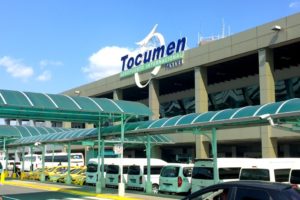 The work of the Tocumen International Airport, located near the capital of Panama, was suspended for several hours on Monday because of a power outage. The largest airline in the country, Copa Airlines, was forced to cancel about 140 flights due to the power failure.

“Copa Airlines reports that due to the prolonged lack of electricity at the Tocumen International Airport, which occurred this morning, the airline was forced to cancel about 140 of its flights”, said the statement of the air carrier.

According to the airport press service, in the evening the work of the terminal was normalized.

“We coordinate efforts and work together with airlines on the transfer of flights”, says the statement of the published in Twitter account of the Tocumen International Airport. According to their information, the power outage affected about 65 flights.

The airport also noted that earlier they had already begun work on the construction of an electrical substation that would provide the airport with energy, which would “minimize the risk of such situations” in the future. The investments in the project are 30 million USD.

From the Tocumen International Airport are carried out flights to more than 90 cities in the Western Hemisphere and Europe. It is one of the largest aviation hubs in Latin America.