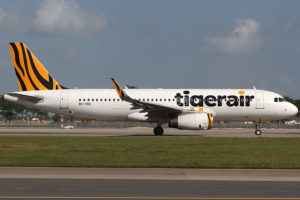 Aircraft of the Australian airline Tigerair was forced to turn around and land at Sydney airport after a “written threat” was found on board. The aircraft was en route from Sydney to Melbourne

According to unofficial information the aircraft commander was warned of the alleged threat approximately half an hour after the flight began. The incident occurred on Monday. Upon landing, the plane was surrounded by police. None of the passengers was injured.

“The commander decided to return to Sydney due to an incident aboard. The Australian Federal Police met the aircraft after it landed, which is standard procedure in such cases”, says the airline official representative.

Passengers were told to turn off the phones and stay in their seats. They were able to leave the plane only two hours after landing.

As told to the police, the circumstances of the incident are being investigated, at the moment no one has been detained.