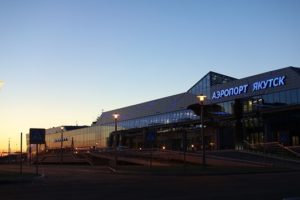 Yakutsk airport was evacuated after anonymous call about explosive device, released the press service of the Ministry of Internal Affairs of Yakutia.

“According to preliminary information, people were evacuated from the airport building because of an anonymous call for bomb”, said the press service of the Interior Ministry in the republic.

The press service of the airport told the agency that passengers and employees of the air hub were evacuated to the station square.

“There was an anonymous call about an explosive device in the terminal building, after which the security service took all necessary measures to evacuate passengers and employees, all people were taken to a safe distance. The OMON, airport security service, transport police conduct a survey of the building together”, the press service of the airport confirmed.

The press service also reported that no arrival and departure flights were carried out.

“Airport operations will resume after a complete inspection of the terminal building. At the moment six charter flights and one regular have been detained”, said the airport.